The Role of Freemasonry in Universal Peacekeeping.

Summary
This article point out two ways that Freemasonry can play a relevant role in Universal Peacekeeping. One is through the influence and power from each Grand Lodge and second as an individual mason.

Introduction.
We live in a time when many individuals and groups from different parts of the world are living in extreme violence and oppression. War seems that has approach too fast in recent decades, and when I mention war, not only wars between nations, for economic, religious or ethnic issues, but war in the hearts, war in the minds. I am not referring to the recent conflicts in Syria, Egypt, Iraq, Afghanistan, but generally in small conflicts between people.  Young people are being raised in conditions far removed from the ideas of peace, harmony and coexistence, and this will undoubtedly impact in the near future when they become adults and eventually leaders.   There are over 4200 (adherents.com)religious groups in the world and among them there are people who refute members of societies different from yours, the stigma about Muslims is an example.

The Role of a Grand Lodge
Concerning the Role of Freemasonry in Universal Peacekeeping, I must have to stress that the role of our group, even though a small group compared to the world population, a total of approximately 3.5 million worldwide. A group that THAT BELIEVES IN HAPPINESS OF HUMANKIND, through inclusive philosophy that eliminates artificial barriers that divide human beings is: TO HAVE MORE QUALIFIED MEMBERS WITH AND POSITIVE ACTITUDE TO PUT IN PRACTICE THE LESSONS OF OUR SUBLIME ORDER.
And in this aspect we are failing. We can not deny the creation of so many higher degrees and nevertheless the craft or blue lodges, are not able to attract more good men. We are often very concerned about the hat and forgot to put on good shoes or shine them.. Our lessons have not been enough to turn good men into better men, as the Grand Lodges usually declare.   I fully agree and certainly the vast majority of which are present here, that our case is not quantity but quality. Much has been written and presented on this subject, but I also say, and I think most will agree too, we all want the group to be much larger, more united, practicing their own teachings among the lodges, Grand Lodges, because out there there are a lot of good men that the system is not able to recruit, and a evidence of this are the few young people in the organization.   But there are exceptions.I have seen in an annual communication of GL of the Philippines in 2010 .I was surprised by the number of young people and the participation of the family. I participated in lodges in Ireland where I saw brothers with 30 years joining a lodge with an average of 60 years. The same I have seen in New Dheli . In Latin America, especially in Brazil, the membership is increasing with young people. I got news that in the USA this is also happening due to recent events as books and movies. It may be only a curiosity, the time will tell us. However the majority of the world membership is from an older generation than the present.
As Grand Lodges, it is necessary to register that the Grand Lodge of Peru in April of 1988 was engaged on a journey – Building the Peace. In the Same Year in Rio de Janeiro de CMSB Confederation of Brazilian Grand Lodges also on a public letter call all mason to work for peace, fraternity, iguality, liberty. And so, for sure there are many examples from Grand Lodges calling the same subject.

Summarizing : the role and influence of Freemasonry in peacekeeping lies in the power of each Grand Lodge in order to spread the ATTITUDE to implement the Masonic lessons with more passion and pursuing a bigger qualified membership in onder to spread the secular teachings of BROTHERLY LOVE, TRUTH AND MUTUAL AID, and one way is to give more attention , financial support to the paramasonic orders, such as the DeMolays, for example.They speak the language of youngest people. They already are in the scene but they will play a more important role from now on. If a Grand Lodge incorporates that team, the probability of success will be much higher. The same is true for the Job,s Daughters, Raibow for Girls, Eastern Star or any other female organization related to freemasonry, because this involves the women, the family. The family is already so split, that if a fellow goes to a meeting and his family is not involved, they push him away with other activities. And this means a little war.

The role as a Individual Mason.
So, what remains for the Fraternity, through the Grand Lodges, and finally as an individual mason, to have a relevant role in peacekeeping?
The fundamental is be in peace with yourself. Freemasonry states to make mankind happy . But first, each individual needs to be happy and to be happy one must to be in peace with himself. Not to mention what should be our homework, peace in the lodges, in the Grand Lodges, among the leaders. I mention the recent example of a negative attitude, a very negative example from one of the worldwide Grand Lodges , from France, who suppose to be a leader and a good example. This is a shame and a very black page in recent history of Freemasonry.
We do not have time to be quiet, to be alone, in peace with ourselves, because of our duties and we almost become like robots. The attitude and the aim should be having this time.
A famous Brazilian singer, Roberto Carlos has a song that sums up this dilemma. “ Since the beginning of time man seeks peace. He has the peace and do not know it Just close your eyes and look within yourself. “
We have no more time to close your eyes and quiet our mind. And having no time for that, as parents, we have not taught our children how to be in that state of mind in this world that seems chaotic, almost only with material values.  It can be stated that the spirituality level is very low , mostly because of the strong competition from modern technology. The time is being spent on feed all the five senses and therefore the meaning of life is empty. The responsibility of organizations like Freemasonry is to promote and offer alternatives of thinking and living in harmony in a higher spiritual pattern.
AS INDIVIDUALS IT IS NECESSARY TO REGISTER, as example, those Noble Peace Prices from the Past.
Leon Victor Auguste Bourggeois 1920
Eli Doccommun 1902
Alfred Fried 1911
Henri La Fontaine 1913
Charles Richet 1913
Theodor Roosevelt 1905
Gustav Stressemmann 1926
Henri Dunant Red Cross 1901. First
Albert Schweitzer 1952
And I quote from his Writings- IT IS NOT ENOUGH TO EXIST…Every man has to seek in his own way to make his own self more noble and to realize his own true worth.
Those words capture the meaning of freemasonry. As the world’s oldest and largest fraternity, our goal is to build a man’s most valuable possession— his character.

Ralph Maxwell Lewis wrote in 1939 I’m responsible for war
when I proudly exercise my intelligence to the disadvantage of my fellow man.
when I distort others’ opinions, which differ from my own.
when I show disregard for the rights and properties of others.
when I covet what another has honestly acquired.
when I seek to maintain my superiority of position, by depriving others of their opportunity to advancement.
I imagine my kin and myself to be a privileged people.
if I believe a heritage entitles me to monopolize resources of nature.
when I believe other people must think and live as I do.
when I make success in life solely dependent upon power, fame, and riches.
when I think the minds of people should be regulated by force, rather than by reason.
when I believe the God I conceive is the one others must accept.
when I think that a land of a man’s birth must necessarily be the place of his livelihood.
This was written in 1939 after the first WW, and the beginning the second and still is current today. Leads us to selfishness, individualism.  So, the role of Freemasonry for peacekeeping, is in personal aims, as individual masons, is to pursuit peace of mind, peace in the family, peace in the Lodge, peace in the Grand Lodge, with a vibrant and positive and winner ACTITUDE.

And to share why I personally like so much the organization and his teachings, I,ll dispense a short part from two famous Masonic authors:  Mark Tabbert, in his book American Freemasons: Three Centuries of Building Communities captured the many dimensions of a Masonic meeting:
( also on pg 53 The Complete Idiot,s Guide by Brent Morris) In a course of one lodge meeting, the lodge can be: • A spiritual organization when invoking prayers and ask God for his blessing of their work. • A guild when the master teaches the new mason the symbolic use of the tools used by the Masons of the past. • A school of instruction where a brother presents work on the seven arts, on the instructions of the manuals and books studied. • An organization of amateur theater on the initiations. • A social club where men get together for dinner and talk. • A charity club when brothers help the community. • An association of business when members interact with your business. • It becomes a family when fathers and sons, strangers and friends gather and all call themselves brothers.
And a part from the book by Albert Pike (Morals and Dogma) written in 1865. Freemasonry is useful for almost everyone. • For starters, needing and seeking culture, important instructions.  • For Youth, moral concepts and good examples. • For the adults, noble recreations and instructions. • For the traveler, new friends anywhere in the world. • For charitable, opportunity to do good. • And for all souls capable of appreciating the importance and enjoy the charm of the relationship based on the same principles of religion, morality, respect,philanthropy.
Conclusion.

Every Grand Lodge has the opportunity and responsibility to implement the lesson from our school better and better involving side orders and in doing so the membership will increase based on the positive reputations it brings.

Every single mason has the same responsibility, it means, has more responsibility because he is the image and the core what freemasonry means and stands for .To spread the attitude of a winner, of a peace maker , of a good man, of a better man.
Above the bust of Albert Pike, House of the Temple in WA DC this writing. “ What we have done for ourselves alone dies with us. What we have done for others and the world, remains and is immortal. “.
Albert Pike.
Mahatma Gandhi –“ When one rises his soul, rises also the world.”
(was nominated in 1937, 1938, 1939, 1947 and, finally, shortly before he was assassinated in January 1948 for the Nobel Peace prize) And Gandolf, Lord of the Rings –“ The most important decision each one needs to make is what to do with the time received”.
What you decided to do with the time that remains?  May the Great Architect gives us all long life.
Marcos Hans

ya-zasnyalyou can find out more 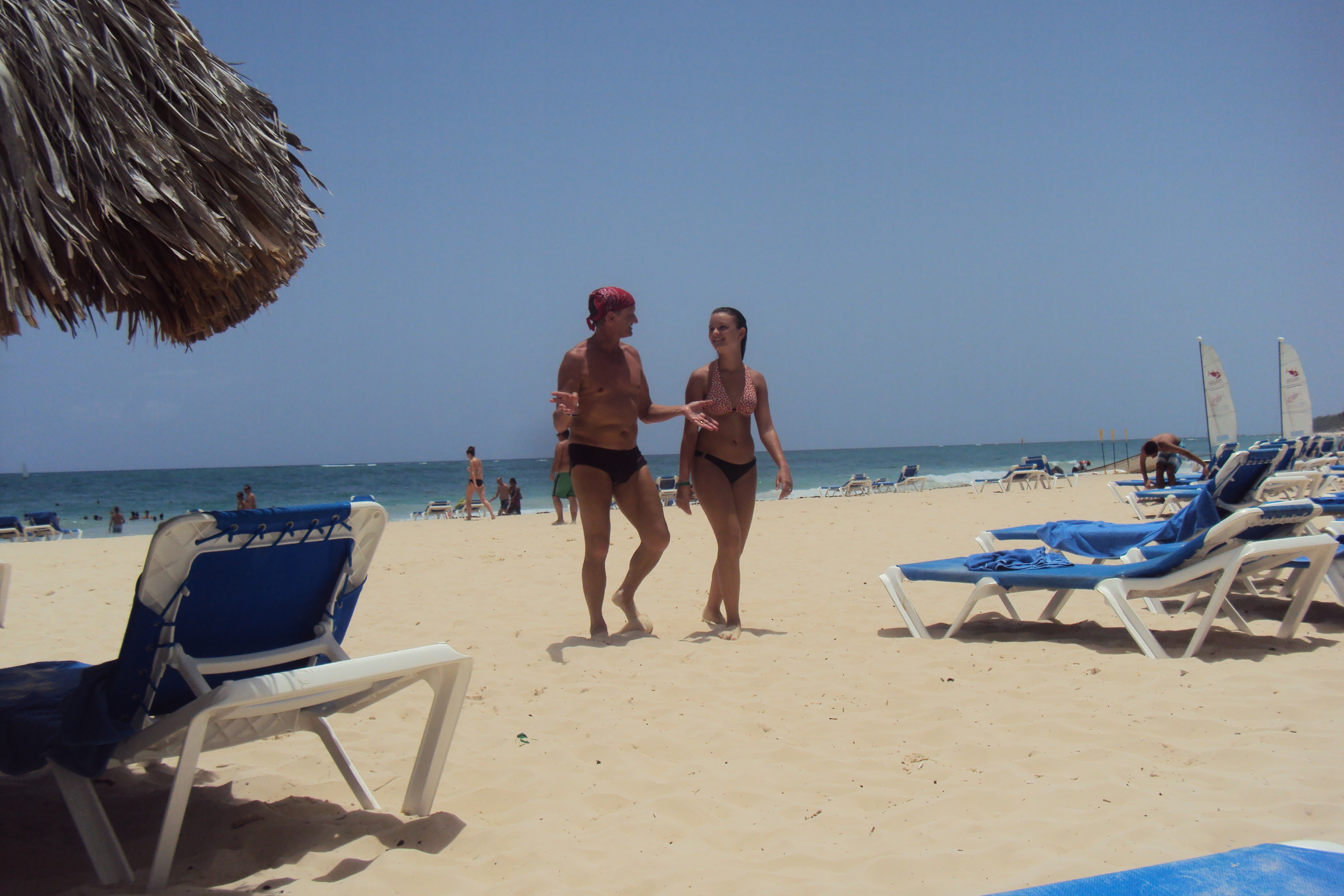